Where to film Golden Monkeys in Rwanda

Where to film Golden Monkeys in Rwanda

Where to film golden monkeys in Rwanda. Golden Monkeys are known to belong to the species of the old world monkey. The species are in a vulnerable state and remain in the Virunga Mountains that span through Rwanda, Ugandan and democratic republic of Congo. The golden monkeys love to feed on bamboo vegetation and for this reason are found in the following places. 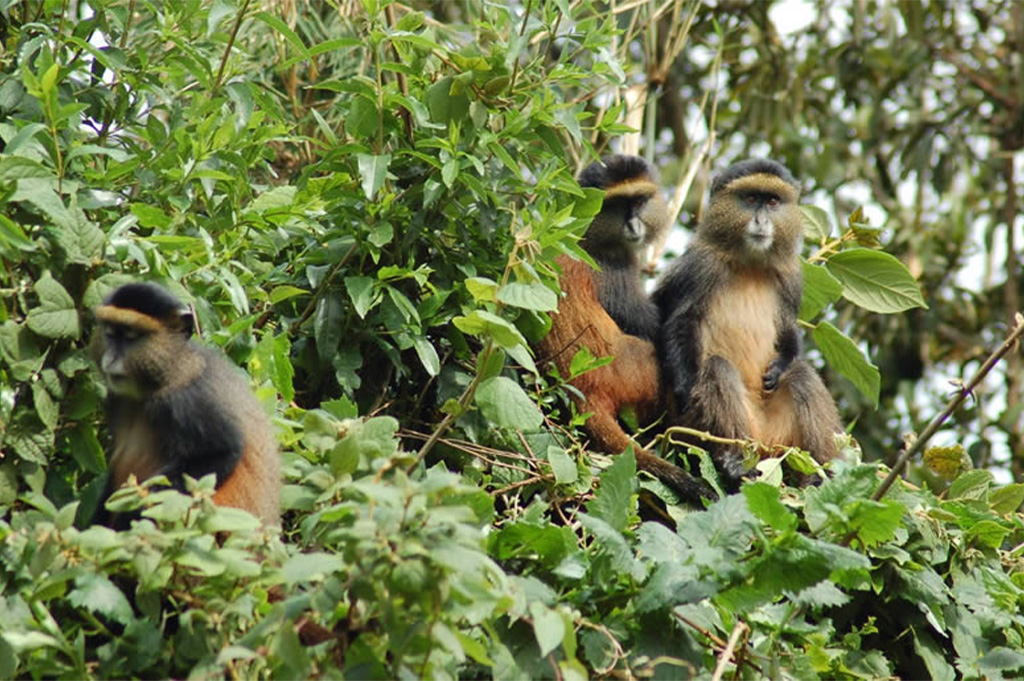 Volcanoes National Park is known for being a primate hub, with mountain gorillas and other species. At the moment, the park has two habituated golden monkey troops that are available for filming. Each troop has a number of both of about 80 members.

Giswhati Mukura National Park is a home to many desired primates. When filming in this park, you will have the pleasure of filming primates that include Golden monkeys, Chimpanzees, Blue Monkeys, Vervet Monkeys L’hoest Monkeys, Olive Baboons, Black and White Colobus monkeys and many more.

What you need to film in Rwanda.

There are several options that you can choose from depending on your filming location . for volcanoes national park you can stay at Hotel Muhabura, Gorilla Solution Lodge, Villa Gorilla, Virunga Hotel, Faraji Hotel, and La Palme Hotel and many more. For Gishwati Mukura , you can chpse to stay at Nirvana heights resort and spa, Gorillas Lake Kivu hotel, Rushel kivu lodge and more.