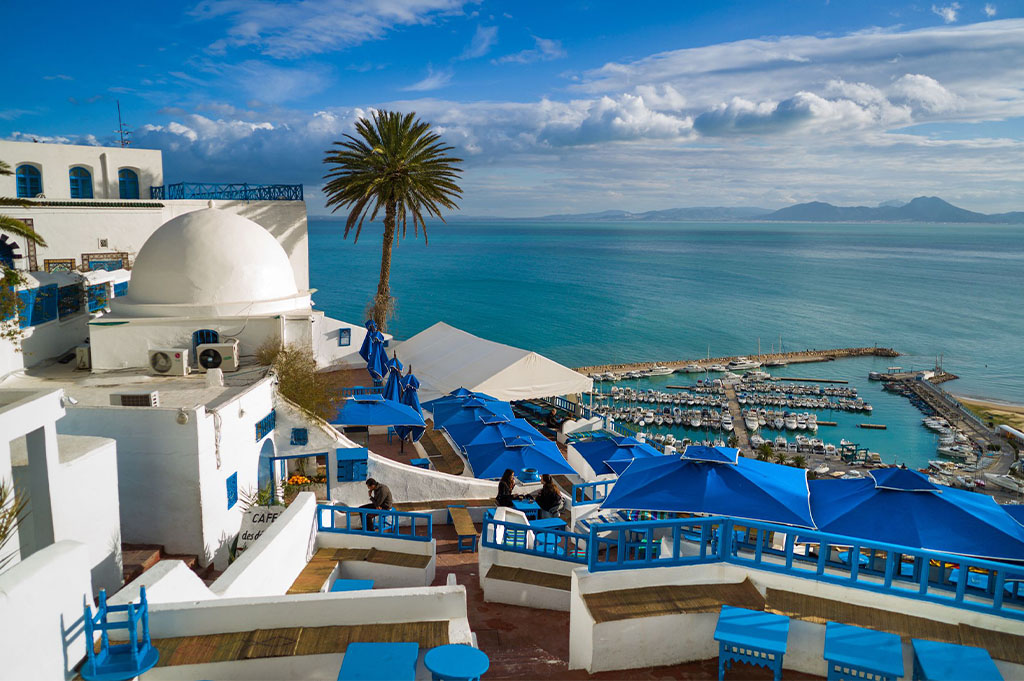 For you to be able to film in Tunisia, general filming permit is necessary. This permit can be gotten from the Tunisian Ministry of culture. The permit takes a few days to be processed and issued once the application is made. Once the permit is issued, you are given the permission to film on public places.

In addition to the general filming permit, you will need additional permits to film certain locations which are not public property. It should be noted that these places charge differently according to their value. The price of the filming permit will also vary according to the time span of the shoot. The number of the crew and some other factors.

Just like all the other countries, filming of administrative and political institutions without permission is not allowed and can lead to arrest and confiscation of equipment.

Drone filming is allowed in Tunisia. However it is important to note that Tunisia as a country doesn’t have any specific drone regulations and due to the absence of these rules, you are advised to follow the rules and regulations of the international civil aviation organization.  In addition to this, you will also need to contact the Tunisia civil Aviation and airport authority personally to avoid any challenges along the way.

Best time to shoot in Tunisia

For any filming project to succeed, one needs to know the climatic seasons in Tunisia. The country is characterized by the Mediterranean climate. This climate as hot summers and mild rainy winter. The best months to film in this country are the months of April to September when it is dry.

Tunisia has a number of local directors, videographers and stills photographers that are professional and fluent in English and French. It is advisable to fly in essential crew. The proximity of Tunisia to European countries makes it easy to hire and import crew from these countries. The rates of the local talents are negotiable and depend on the work to be done and how long it will last.

Contact us if you are looking for a director, DP, photographer, videographer (cameraman / camera operator), camera assistant (focus puller), sound operator, grip, gaffer, stylist, hair and makeup, PA / runner, production driver, or any other film crew for your shoot in Tunisia

Tunisia has basic camera, grip and lighting equipment available for rent and these can be hired from local production companies. Drones are also available. If you are looking to bring in film gear a temporary import permit is required. Our local fixer will arrange for a local guarantor and meet you at the airport to ensure all runs smoothly.

Visa and work permits in Tunisia

You need a visa and work permit to shoot in Tunisia. At the moment, visas for Tunisia can be obtained from embassies and consulates for the countries that are not visa free entry into Tunisia. The following are required to apply for the Tunisia Visa

Transport and Accommodation in Tunisia

Major roads between destinations are in an excellent condition although rural roads are in a poorer condition Our Zimbabwean film fixer organizes safe and reliable 4WD transport. Police checkpoints are common throughout the country. Several international airlines service flights to Tunisia.

Accommodation is also available in different cities and destinations, all we need is your itinerary to be able to reserve and make all the necessary bookings for you.

Film Crew Fixers has a group of well-trained fixers to handle all your production logistics in Tunisia. Our fixers act as drivers and are multi lingua. They are very knowledgeable in as far as locations and filming in Tunisia are concerned. Depending on your film project requirement, we will assign a fixer who knows exactly what you want.

Why Film Crew Fixers for your filming project

Film Crew Fixer is one of the leading fixer Agency in Africa. We have offered all pre-production and production fixer services to hundreds of production companies all over the world and our POTIFOLIO speaks volumes. We have local offices and fixers spread all over East and Central Africa ready to assist you in processing filming permits, recces and location scouting, kit customs clearing, transport and accommodation in Tunisia.

Filming in Bulla Regia in Tunisia

Filming in Byrsa hill in Tunisia

Filming in Carthage in Tunisia

Filming in the Djerba in Tunisia

Filming in Dougga in Tunisia

Filming in Hammamet in Tunisia

Filming in Kairouan in Tunisia

Filming in Matmata in Tunisia

Filming in Medina of Sousse in Tunisia

Filming in Medina of Tunis in Tunisia

Filming in the Sidi Bou in Tunisia

Filming in Ribat of Monastir in Tunisia

Filming in the desert zoo in Tunisia

Filming in Tozeur in Tunisia

Filming in the archeological site of Sbeitta in Tunisia