Primates are said to be our closest relatives in the animal world. These rage from gorillas, to chimpanzees, to monakeys and many more. Their behavior is one that is very interesting . primates can be found in the following places in Uganda.. 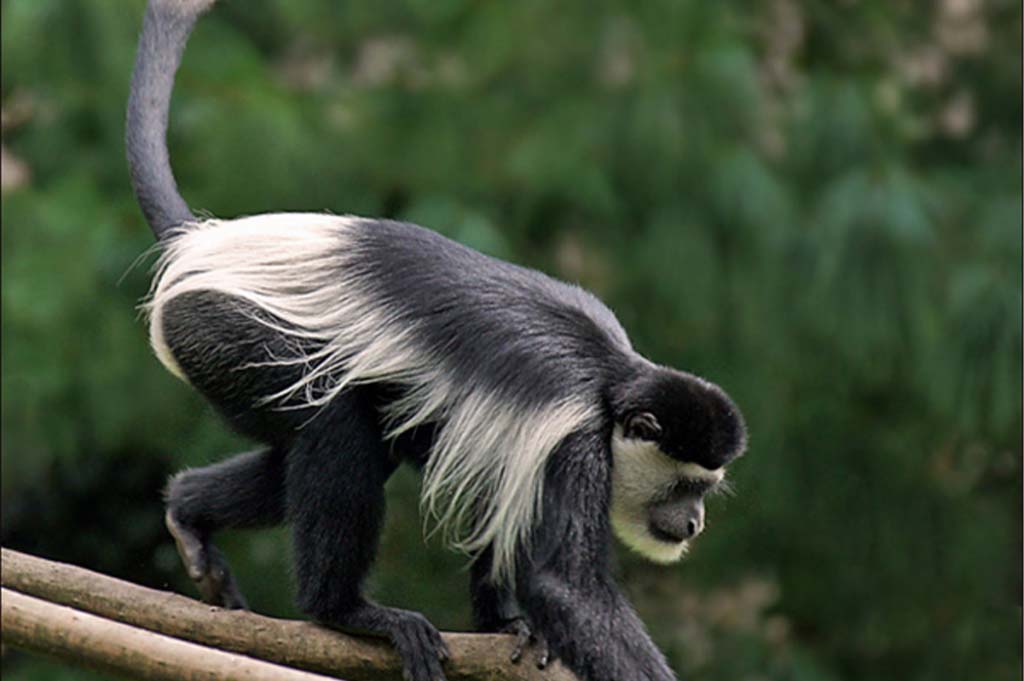 Bwindi forest is one of the few remaining tropical rainforests that has been preserved in Uganda and Africa as a whole. This forest is located in south-western Uganda. The national park is very popular for being a home to the mountain gorillas. Bwindi has half of the mountain gorilla population in the whole world. The park was established to protect the forest’s mountain Gorillas population from poachers and habitat loss. The gorillas in the park are divided in different families that can ne trekked every day. The park is also divvied in different sectors, namely Rushaga, Ruhija, nkuringo and Buhoma. While filming in this park, you can also get a chance to film the native batwa people and other communities that surround the national park.

Kibale National Park is located in the western region of Uganda. It is shared by different districts namely kamwenje, kyegegwa and kabarole. The park is very popular for its chimpanzee populations. The kanyanchus primate walk is the most popular activity where several chimp species are tracked and spotted. The park also has several monkey species. The chimpanzees are visited for one hour. However through chimpanzee habituation, there is an option for spending more time with the chimps. the park also habours the bigodi wetland sanctuary that is a home to several bird species like the hornbill, kingfishers, weavers , cuckoos and many more.

This forest is located in masindi district and is in proximity to Murchison falls national park. This forest is known for having a number of east African mahogany trees and several other tree species. The forest is also home to a population of chimpazees , black and white Columbus, red tailed monkey, blue monkeys, olive baboons . The forest is also known to have over 300 butterfly species. These species belong to the butterfly families of Papilionidae, Pieridae, Lycaenidae and Nymphalidae. The forest also has birds which include afrcian dwarf kingfisher, ituri batis, olive reasted greenbul, plain green bul, brown twinspot, black kite, African pied wagtail and many more.

Queen Elizabeth inhabits a number of primate species one of popular being chimpanzees in Chambura Gorge .activities that can be filmed include chimpanzee tracking in Kyambura Gorge, boat cruises at Kazinga channel that connects Lake George to Lake Edward, guided game drives including viewing the tree climbing lions in the Ishasha sector, night game drives, nature walks and bird watching

Filming in Uganda will require you to get a filming permit when filming in locations and these permits are issued by the respective authorities and management. For one to film in the national parks, you will need to get permission from Uganda wildlife authority. The contract with UWA is then followed by acquiring permits for each crew member to be able to get access to the primates. The permits have the normal ones that allow you one hour with primates after being tracked and seen. The best offer for filming is the habituation experience that gives more time with the primates.  In order to get a Filming Permit, one must write a letter requesting the permit and fill out an application form which is accompanied by a copy of the screenplay, a story synopsis, and a shooting schedule. These are then sent to the respective authorities Contact us at Film crew fixers we will help you process the filming permissions with the Local Authorities for you to successfully film in Uganda.

Accommodation when filming the primates

When filming primates, you have a range of accommodation options to choose from ranging from Budget, mid-range to luxury options. You will choose which lodges to stay in depending on your interests and budget and the location in which you have chosen to film. Contact us here for booking details.