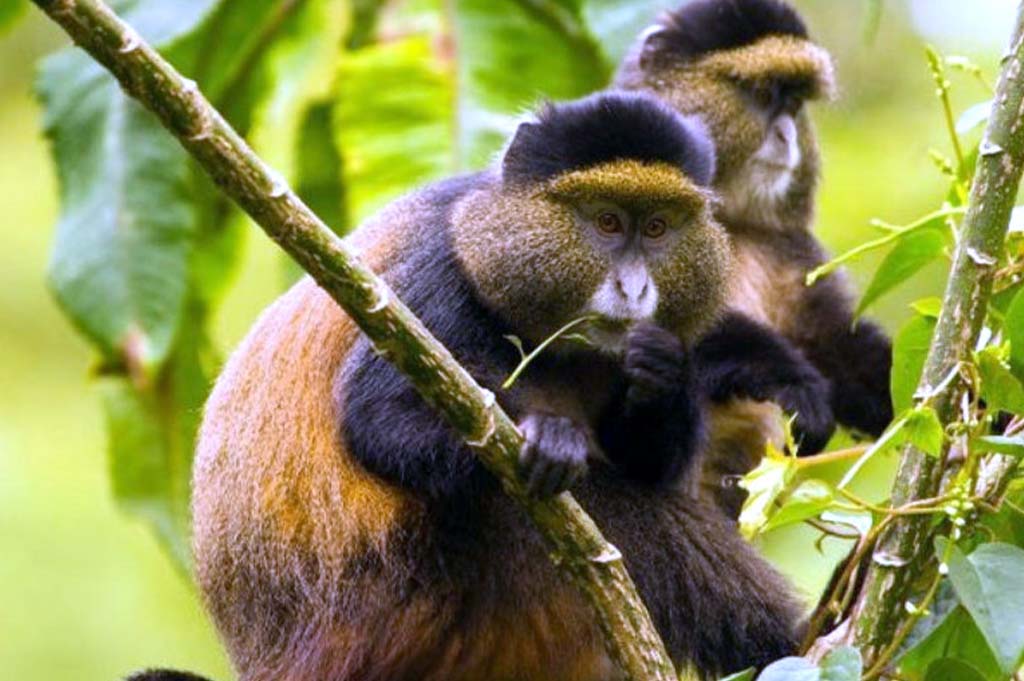 Golden monekys can only be found in one place in Uganda. Mgahinga is the smallest national park in Uganda and is located in south-western Uganda in the Virunga   Mountains. The park is made up of three inactive volcanoes namely mount Muhabura, mount Gahinga, and Mount Sabinyo. The park is a home to primates that include mountain Gorillas and Golden monkeys. The park also has a variety of mammal species that include black and white colobus, leopards, elephants, and giant forest hog among others. Activities that can be filmed include mountain gorilla tracking, golden monkey tracking, volcano hiking, nature walks and experiences with the Batwa community.

Filming in Uganda will require you to get a filming permit when filming in locations and these permits are issued by the respective authorities and management. For one to film in the national parks, you will need to get permission from Uganda wildlife authority. The contract with UWA is then followed by acquiring permits to film the golden monkeys specifically. The recommended permits for filming are those of habituation. In order to get a Filming Permit, one must write a letter requesting the permit and fill out an application form which is accompanied by a copy of the screenplay, a story synopsis, and a shooting schedule. These are then sent to the respective authorities Contact us at Film crew fixers we will help you process the filming permissions with the Local Authorities for you to successfully film in Uganda.

Accommodation when filming the golden monkeys

When filming golden monkeys, you have a range of accommodation options to choose from ranging from Budget, mid-range to luxury options. You will choose which lodges to stay in depending on your interests and budget. Contact us here for booking details. Options include lake mulehe lodge, chahafi lodge, lake mutanda lodge and others.