Bwindi forest is one of the few remaining tropical rainforests that has been preserved in Uganda and Africa as a whole. This forest is located in south-western Uganda. The national park is very popular for being a home to the mountain gorillas. Bwindi has half of the mountain gorilla population in the whole world

The park was established to protect the forest’s mountain Gorillas population from poachers and habitat loss. The gorillas in the park are divided in different families that can ne trekked every day. The park is also divvied in different sectors, namely Rushaga, Ruhija, nkuringo and Buhoma. While filming in this park, you can also get a chance to film the native batwa people and other communities that surround the national park. 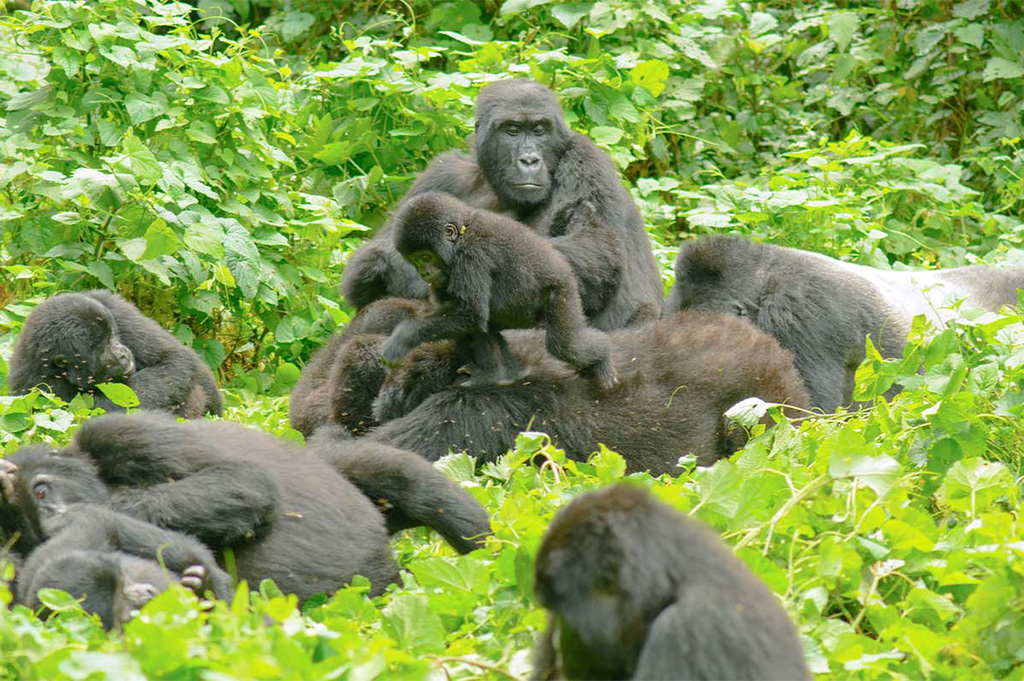 In case of visas, we advise you to get a tourist or business visa. Both can work well. Most film crews prefer getting their visas before coming to Uganda and this can be done online. On the other hand visas can also be easily obtained on arrival.

Accommodation when filming in bwindi

When filming in bwinide, you have a range of accommodation options to choose from ranging from Budget, mid-range to luxury options. You will choose which lodges to stay in depending on your interests and budget. Contact us here for booking details. Options include Rushaga havens, Buhoma havens, volcanoes lodge and many more