Filming in National Parks in Uganda

Filming in National Parks in Uganda

The national parks in Uganda are an abundance of wildlife that is great for filming animal documentaries. Each national park with its unique features. 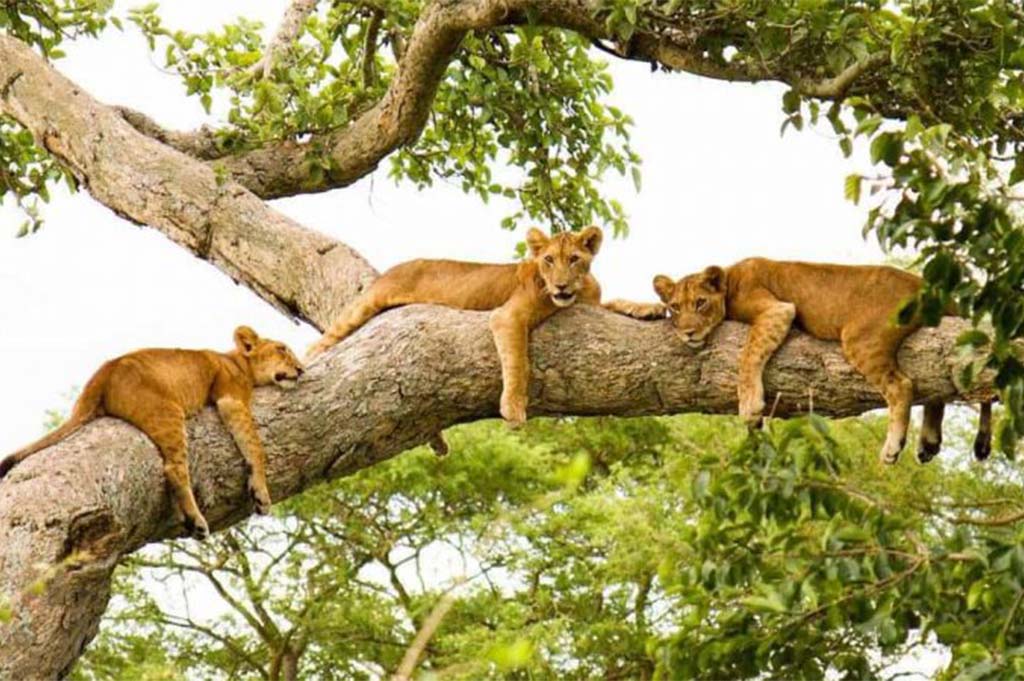 Bwindi forest is one of the few remaining tropical rainforests that has been preserved in Uganda and Africa as a whole. This forest is located in south-western Uganda. The national park is very popular for being a home to the mountain gorillas. Bwindi has half of the mountain gorilla population in the whole world .The park was established to protect the forest’s mountain Gorillas population from poachers and habitat loss. The gorillas in the park are divided in different families that can ne trekked every day. The park is also divvied in different sectors, namely Rushaga, Ruhija, nkuringo and Buhoma. While filming in this park, you can also get a chance to film the native batwa people and other communities that surround the national park.

Kibale National Park is located in the western region of Uganda. It is shared by different districts namely kamwenje, kyegegwa and kabarole. The park is very popular for its chimpanzee populations. The kanyanchus primate walk is the most popular activity where several chimp species are tracked and spotted. The park also has several monkey species. The chimpanzees are visited for one hour. However through chimpanzee habituation, there is an option for spending more time with the chimps. the park also habours the bigodi wetland sanctuary that is a home to several bird species like the hornbill, kingfishers, weavers , cuckoos and many more

Mburo national park is a small size national park that is located in Kiruhura district in the western region of Uganda and is the nearest park to the capital city Kampala. The park is a home to the Rothschild giraffe Zebras, hippopotamus, African buffalo, common eland, warthogs Impala, Warthogs, and crocodiles. The park also has over 300 recorded bird species. Some of them include African wattled lapwing, bare faced go away bird, black bellied bustard, African fin foot, mosque swallow and many more. The following activities can be filmed in the park and these include game drives, boat cruises, bird watching, nature walks, horseback riding and spot fishing.

This is the smallest national park in Uganda and is located in south-western Uganda in the Virunga   Mountains. The park is made up of three inactive volcanoes namely mount Muhabura, mount Gahinga, and Mount Sabinyo. The park is a home to primates that include mountain Gorillas and Golden monkeys. The park also has a variety of mammal species that include black and white colobus, leopards, elephants, and giant forest hog among others. Activities that can be filmed include mountain gorilla tracking, golden monkey tracking, volcano hiking, nature walks and experiences with the Batwa community

Murchison falls is one of the best national parks in the country.  The park is situated on the shores of Lake Albert in North western Uganda. It is famous for the Murchison falls where Victoria Nile River surges through a narrow gap over a massive drop. Murchison falls ranks high because is It has big numbers of a variety of wildlife. These include elephants and buffaloes that are common and easy to spot. The park also has a good number of lions. Other wildlife species include crocodiles, hippopotamus, Ugandan kob, giraffes, bushbucks and chimpanzees in the Kaniyo Pabidi mahogany forest. Murchison falls is also a birding destination with over 450 species to be spotted and these include grey crowned crane, black headed lapwing, Senegal thick knee, African jacana, giant kingfisher and many more.

Queen Elizabeth national park is located in western region of Uganda in Kasese district. It is one of the Uganda’s most popular visited tourist destinations, annually receiving one of the highest number of visitors. It is well known for the tree climbing lions in Ishasha sector southern part of the park, Mweya plains the northern part inhabits a variety of wildlife inclusive of the big 4 animals, Lions, Leopards, Buffaloes, Elephants which can be spotted while on a game drive, Queen Elizabeth also inhabits a number of primate species one of popular being chimpanzees in Chambura Gorge .activities that can be filmed include chimpanzee tracking in Kyambura Gorge, boat cruises at Kazinga channel that connects Lake George to Lake Edward, guided game drives including viewing the tree climbing lions in the Ishasha sector, night game drives, nature walks and bird watching

The park is located in the northern regions of Uganda. It was established as park in the year of 1962. The park is the most isolated and virgin in all the parks of the country and has an abundance of wildlife. some of the wildlife species include elephants, giraffes, lions, cheetahs, zebra, hyena, buffaloes, bat eared fox, black backed jackal, side stripped jackal and many others, the kidepo valley is also in close proximity to the Ik people who are an indigenous group found I  the ranges of mount morungole. The community and their culture is also available for filming. The park is also close to two reserve known as matheniko na dbokoro wildlife reserve that also have much to offer. The Mountain murongole is also found in the southern parts of the park and is great for nature walks and birding with over 470 species recorded in the park. Some of the birds include Kori bustard, little bee eater, red and yellow barbet, ostrich and many more.

Filming in Uganda will require you to get a filming permit when filming in locations and these permits are issued by the respective authorities and management. For one to film in the national parks, you will need to get permission from Uganda wildlife authority different national parks have different rates for different activities.  In order to get a Filming Permit, one must write a letter requesting the permit and fill out an application form which is accompanied by a copy of the screenplay, a story synopsis, and a shooting schedule. These are then sent to the respective authorities Contact us at Film crew fixers we will help you process the filming permissions with the Local Authorities for you to successfully film in Uganda.

Accommodation when filming in national parks

When filming in the parks, you have a range of accommodation options to choose from ranging from Budget, mid-range to luxury options. You will choose which lodges to stay in depending on your interests, budget and location. Contact us here for booking details. Options