Filming in Namib-Naukluft National Park. The Namib-Naukluft National Park is located in western Namibia, situated between the coast of the Atlantic Ocean and the edge of the Great Escarpment. It encompasses part of the Namib Desert (considered the world’s oldest desert), the Naukluft mountain range, and the lagoon at Sandwich Harbour. The best known area of the park and one of the main visitor attractions in Namibia is Sossusvlei, a clay pan surrounded by sand dunes, and Sesriem, a small canyon of the Tsauchab. 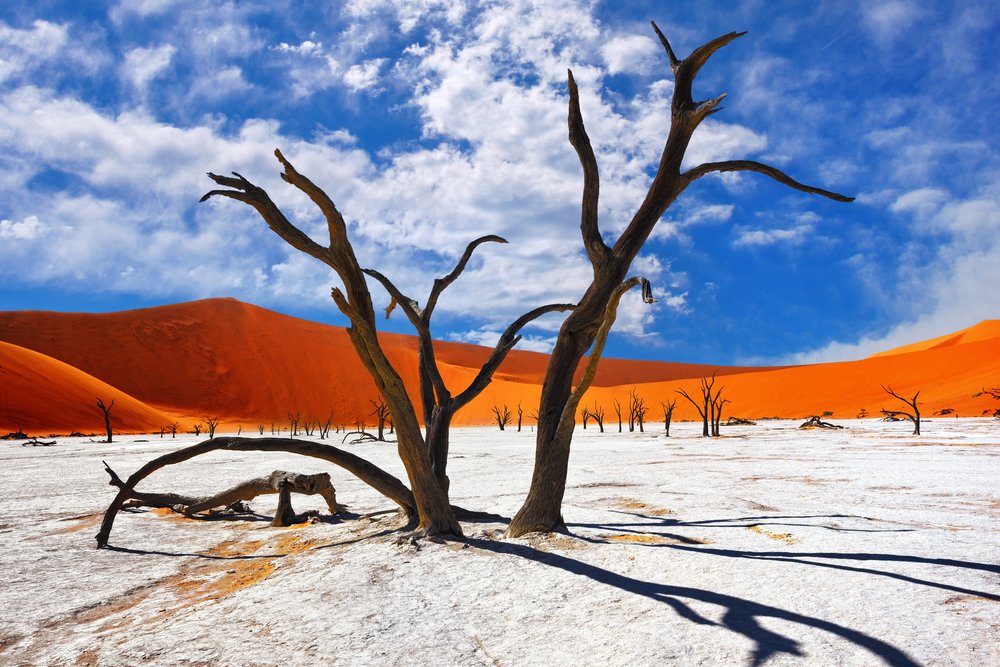 We will help you organize transport for film crews to film in Namib-Naukluft National Park depending on their chosen filming location interest, budget and the nature of roads in such selected locations to film in the park. We recommend Customized 4×4 Land Cruisers which costs from USD200-250 per vehicle per day with Driver/Fixer or 4×4 Safari Vans from USD200 per Van per day with driver/Fixer. For us to estimate how much it will cost in terms of fuel, we will need to look at your filming schedule to establish mileage and distance to be travelled.

All our vehicles come with drivers who act as location fixers and most of them have been to almost all parts of Zambia and are thus conversant with the local situations and are able to provide relevant information and fix any situation on ground. These act as intermediaries between you and our office while on location in Namibia.  If you’re looking for a Namibia location fixer and scout in Namib-Naukluft National Park, we have produced and assisted production in multiple locations across Namibia.

Where to stay in Namib-Naukluft National Park

Lodge options to stay in during filming in Namib-Naukluft National Park range from Budget, mid-range to luxury options. Contact us here for details.

What is the best time to film in Namib-Naukluft National Park?

Filming in Namib-Naukluft National Park is done throughout the year Namibia receives an average of 300 days sunshine per year. The hot, rainy summer months run from October to April. Most rain falls as heavy thunderstorms, filling the dry riverbeds, bringing flowers into full bloom. The dry winter months run from May to September with warm days and subzero nights. Winter is the best time for filming wildlife as the dry weather forces animals to congregate at watering holes.

Film crew Fixers is a local fixer company based in East Africa, we assist filming companies and Production agencies in Namibia and other African countries for the last 10 years. We handle all fixer services required with our professional team of local fixers and driver guides. We have all relevant connections with other service providers and government agencies to make sure that accreditation and filming permits in Namibia are processed in the shortest time possible. Contact us for details and all relevant information you would like to know for successful filming in Namib-Naukluft National Park.