Where to find and film lions in Zimbabwe. Lions are big cats that belong to the genus panther family. Lions are admired for their strength and courage. Lions socialize in groups known as prides which are usually in numbers of 2 to 30 lions. The males are the defenders and the females do the hurting for the pride. The lions can be filmed in the following places. 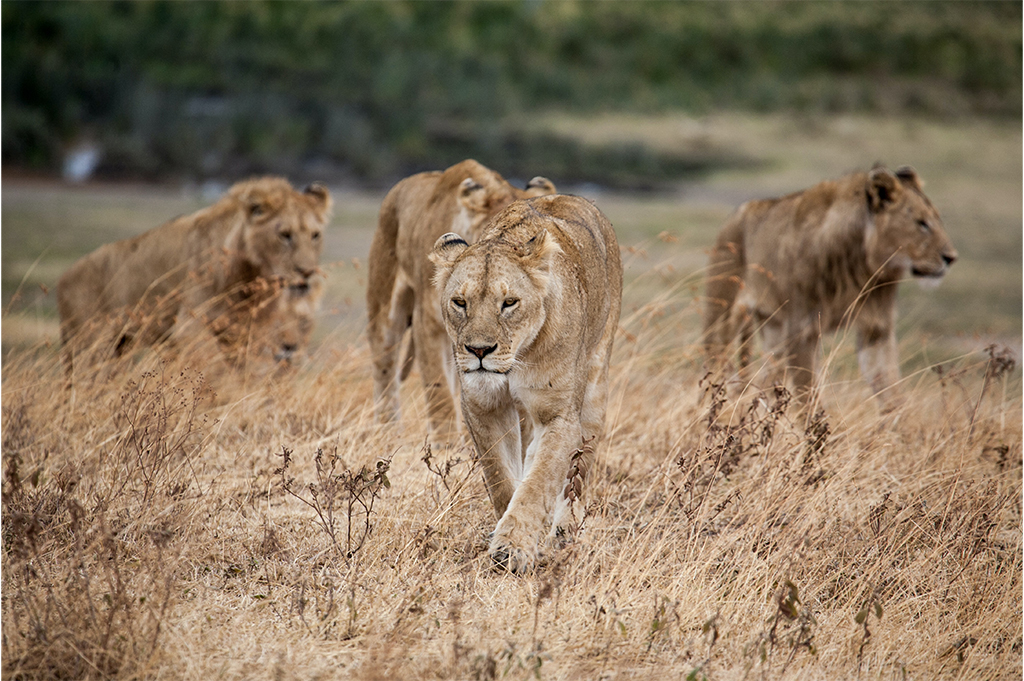 Popular for its four pools water, this park is one of the places where lions are sighted occasionally. This park is usually explored by foot or canoe as it gives no option for driving. In addition to the hippos, this park has other animals that could be of interest. These include the hyenas, leopards, the zebras, the buffalo and the elephants.

Chizarira national park is located in the northern part of Zimbabwe. Its location overlooks the Zambezi valley and the upper waters of the Lake Kariba. Its name means a closing off. It is one of the remote parks of Zimbabwe making it a filming destination that is not crowded with tourists. The park has a variety of wildlife. The Big four are inhabited in the park and lions occasionally in addition to the elephants and buffalos. The leopard and hyena are also on the list of animals occasionally sighted. In addition to these are the cheetah and wild dog that are seen on rare occasions. Most commonly spotted are the zebras.

Gonarezhou National Park is located in the south eastern region of Zimbabwe. This massive park borders Mozambique’s Limpopo National Park and South Africa’s Kruger National Park to make up an enormous wilderness area known as the Great Limpopo Transfrontier Park. The wildlife in the park is in big numbers and the lions can also be found here though rarely. The area is filled with a variety of species. The elephants, Buffaloes, hippos, zebra that are common.  The giraffe, wildebeest and hyenas. Other rarely sighted animals are leopards, cheetah and wild dogs. This park also has the variety of antelope species namely the sable antelope, the tiny suni and the nyala antelope. If you are interested in filming any of the above, Gonarezhou national park is one of the places to visit.

Founded in 1970s, the lion and cheetah park is private wildlife park owned by the Bristow family. It is located in Harare city.it is a sanctuary to a number of lions and a number of animals that can be spotted and filmed in their enclosures these include, wolves, jackals, monkeys, warthogs and many more. This park is also in close proximity with the snake world which harbors a number or reptile’s species. The park no longer has cheetahs hence the new name Lion Park.

You can fly into Harare International Airport and head to Harare city and then drive to the park which is located on 23km peg, A5, somerby. This drive should take you 45 minutes to 1 hour

Requirements to film lions in Zimbabwe

Why use film crew fixers to film lions in Zimbabwe

Film crew fixers is a company based in Uganda that assists production agencies and filming companies in South and East African countries as a whole. We handle all fixer services required with our professional team of local fixers and driver guides. We have all the relevant connections with other service providers and government agencies to make sure that accreditation and filming permits are processed in a short time. Contact us for details and all relevant information you would like to know for successful filming in Zimbabwe