Where to find and film giraffes in Zimbabwe. Giraffes are known to be the tallest mammals on land. Over the past, these species had reduced in numbers making them a vulnerable species. Conservation efforts have been put in place to make sure that the numbers are revived again. Giraffes can be found in the following places 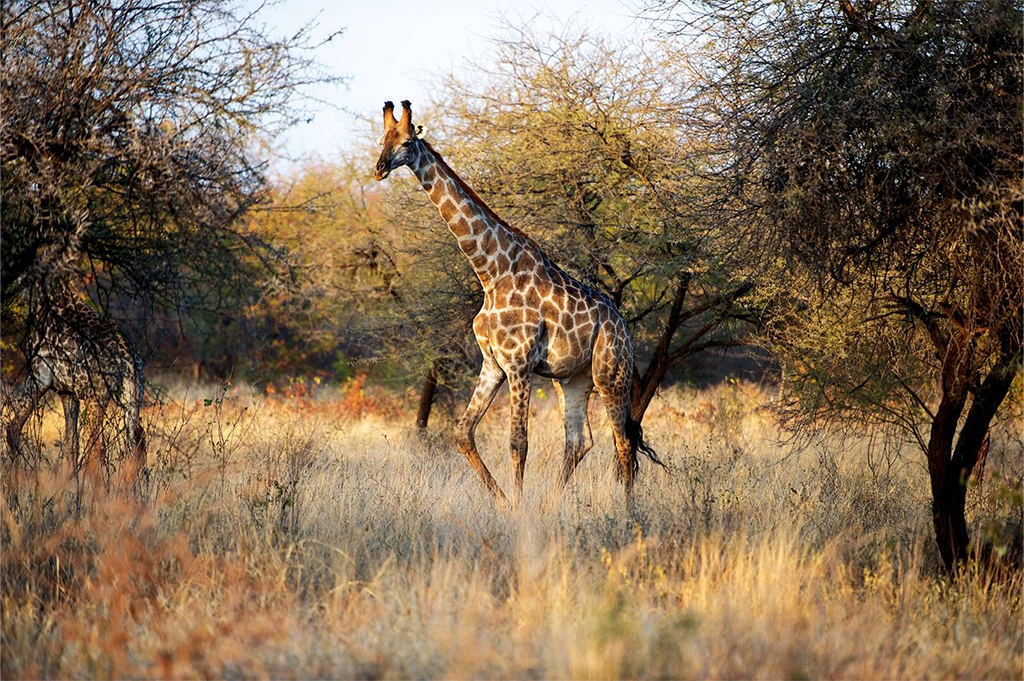 Hwange national park is the largest and one of the most popular parks of Zimbabwe situated between Bulawayo and the Victoria falls. This park still has high numbers of the giraffes in their natural habitat making it the best place to go for filming big numbers of giraffes .The national park also harbors an endangered population of wild dogs .Hwange national Park has also recorded several sightings of other big cats majorly the cheetahs, leopards, and lions for those interested in these carnivores, this national park offers the opportunity to film them in their natural habitat. In addition to these the park has several other wildlife species that are good for filming namely buffalos, hippos, hyenas, zebras and wildebeest. The animals can be sighted well during the dry season when they gather around waterholes to drink water.

This park also offers an opportunity to film giraffes in their natural habitat.  The giraffes are commonly sighted with other animals like the elephant and buffalo. Rhino is absent and the Leopard is rarely spotted, the lion sightings are becoming common with time. African wild dog can also be spotted in the park, and the best chance to spot them is during the denning season, from May to August. The river is a home to the crocodiles and hippos. All these and more are available for filming.

The wildlife in this park is in big numbers. The area is filled with a variety of species including the Giraffe. The elephants, Buffaloes, hippos, zebra, wildebeest and hyenas are other common animals to look out for. Rarely sighted animals include. Lions, leopards, cheetah and wild dogs. This park also has the variety of antelope species namely the sable antelope, the tiny suni and the nyala antelope. If you are interested in filming any of the above, Gonarezhou national park is one of the places to visit.

Requirements to film giraffes in Zimbabwe