Where to film Buffaloes in Zimbabwe

Where to film Buffaloes in Zimbabwe

Where to film Buffaloes in Zimbabwe. Buffalos are in the list of the big five animals of the wild. These mammals stand at 4 to 5 feet height and usually weigh 600pounds and above and live in herds. The African buffaloes have four subspecies namely the Cape buffalo, the West African savanna buffalo, the central African buffalo and the forest buffalo. If buffalos are your filming interest, the destinations below have them in plenty. 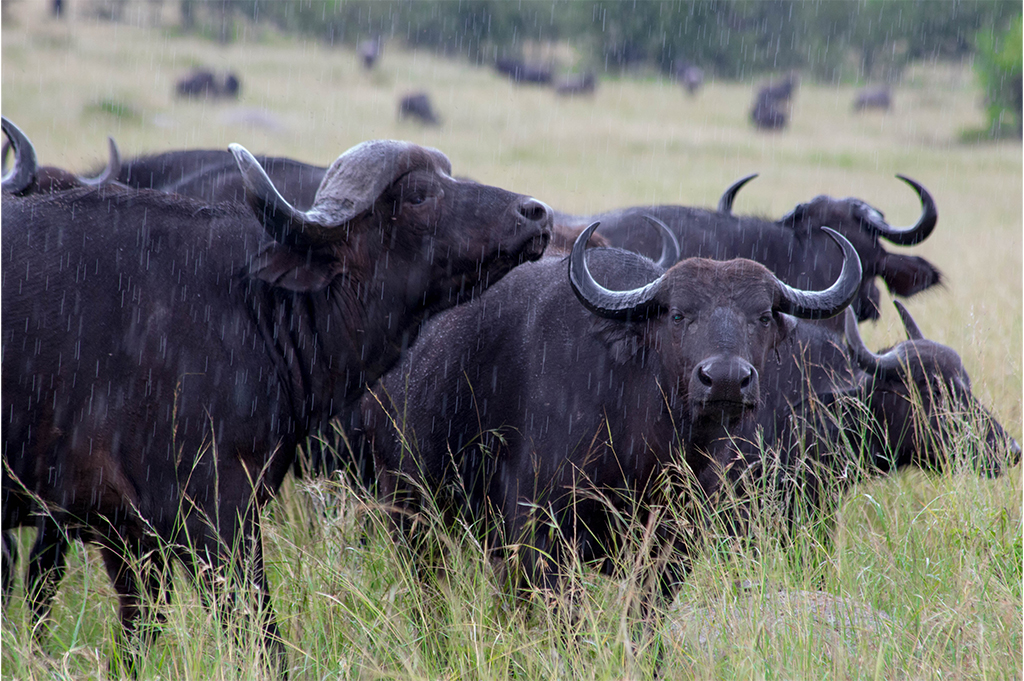 The park is located in the northern region of Zimbabwe on the southern banks of the Zambezi River in the middle Zambezi valley. The park harbors most of the big safari animals. It is most popular of its large herds of elephants and buffalos that are in abundance all over the park. Other common animals in the park are the hyenas, the zebras, and the hippos. The lions and leopards are also sighted occasionally while the cheetah and wild dog are rare. The rhino species are extinct in this park.

The Matusadona national park is located on the southern shore of Lake Kariba in Zimbabwe. The park got its name from the local matuzviadonha hills. The park provides a sum of flat plain and mountainous landscape. It was named a national park in 1975. Matusadona offers excellent wildlife viewing of most big safari animals, including the Big Five. Black rhino is present and can be tracked on foot. The lakeshore is excellent for hippos, crocodiles, elephants, impala, Kudu and buffaloes. Lions, Leopards and spotted Hyenas are present in good numbers.

Originally part of the Vitoria falls national park, Zambezi national park is a small park full of magnificent wild life features four of the Big Five animals are present in the park, but the elephant and buffalo are more sighted compared to the others. Rhino is absent and the Leopard is rarely spotted, the lion sightings are becoming common with time. African wild dog can also be spotted in the park, and the best chance to spot them is during the denning season, from May to August. The river is a home to the crocodiles and hippos. All these and more are available for filming.

Gonarezhou National Park is located in the south eastern region of Zimbabwe. This massive park borders Mozambique’s Limpopo National Park and South Africa’s Kruger National Park to make up an enormous wilderness area known as the Great Limpopo Transfrontier Park. The wildlife in the park is in big numbers. The area is filled with a variety of species. The elephants, Buffaloes, hippos, zebra that are common.  The giraffe, wildebeest and hyenas. Rarely sighted animals include. Lions, leopards, cheetah and wild dogs. This park also has the variety of antelope species namely the sable antelope, the tiny suni and the nyala antelope. If you are interested in filming any of the above, Gonarezhou national park is one of the places to visit.

Chizarira national park is located in the northern part of Zimbabwe. Its location overlooks the Zambezi valley and the upper waters of the Lake Kariba. Its name means a closing off. It is one of the remote parks of Zimbabwe making it a filming destination that is not crowded with tourists. The scenery coupled with the wildlife gives plenty to film. The park has a variety of wildlife. The Big four are inhabited in the park and occasionally sighted mostly the elephants and buffalos. The leopard and hyena are also on the list of animals occasionally sighted. In addition to these are the lion, cheetah and wild dog that are seen on rare occasions.

Requirements to film Buffaloes in Zimbabwe