Located in Namugongo Kampala, the shrine was built in remembrance of the 22 martyrs that were murdered by Kabaka mwanga of Buganda in the years of 1885 and 1887. The martyrs were killed because of their faith in Christianity. After their death, so many people were encouraged and remember them for their courageous act. The shrine receives several pilgrims that come to pray and worship every 3rd June annually. Several locals have beliefs that they get miracles of heeling and wealth from this shrine. The shrine also has a basilica where daily masses are held during different times of the day. The shrine has several altars and relics. It also has a lake that is believed to have divine water. The shrine also has an amphitheater and pavilions. 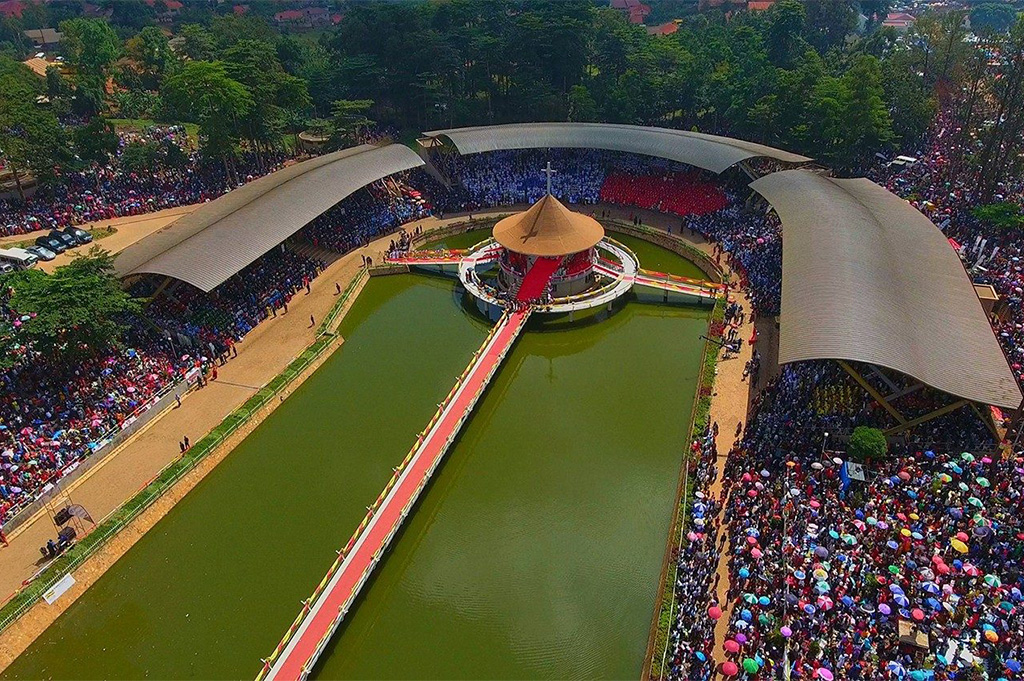 Accommodation when filming the falls

When filming the falls, you have a range of accommodation options to choose from ranging from Budget, mid-range to luxury options. You will choose which lodges to stay in depending on your interests and budget. Contact us here for booking details. Options include Namungogo hotel, Esella country hotel and many more.