Filming in the Dahshur Pyramids

Filming in the Dahshur Pyramids

Filming in the Dahshur Pyramids. The dahshur pyramids are a group of pyramids located in the south of Cairo. These pyramids were built in the period from 2613 to 2589.The first pyramid is the bent pyramid. This pyramid is the most famous one in the area. Excavations made here discovered several mummies and stone cutting instruments. . The second is the red pyramid and it is the largest one of these pyramids. It got its name from the rusty reddish hue and limestone that were used to build it. The third one is the white pyramid of Amenemhat ii. The pyramid was quarried was heavily quarried and all that remains is a pile of rubble. This pyramid had a number of tombs in it and funerary furniture. The last pyramid is known as the black pyramid was built by king and its called dark for its decaying and dark appearance.  The pyramids have been excavated ad have been sources of artifacts and have played a role in research. 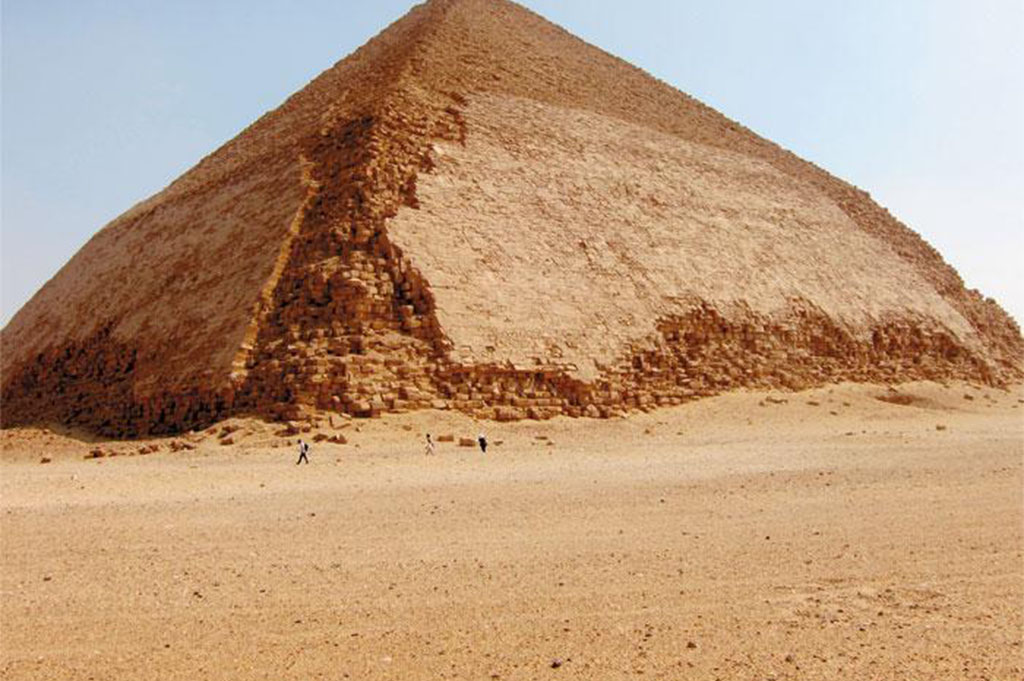 Requirements to film in Egypt

Film Location Permits are required for filming in Egypt however this depends on the location and nature of your shoot. A visiting crew will have to apply for location permits with their local Egyptian Embassy including the name of the local fixer company that will service your shoot in Egypt.

The embassy then sends this on to the Press Office in Cairo. Once the locations have been cleared with all relevant authorities, location permits are granted. A government minder may be required to accompany the production. Permits for shooting b-roll are free but take about 3 weeks to clear. Individual permits are required for each antiquities site. Prices and timing vary depending on several factors including the type of shoot, special dates, extent of location control required, and whether or not there are any current excavations or public access. Most antiquities including the Pyramids of Giza cost $1000 per day from 9am to 4pm for a documentary shoot. A commercial shoot featuring a product costs $3000 per day. Filming outside of these hours is possible at extra cost. Long form projects such as films and TV dramas require extra permitting which can take up to 3 to 4 months to permit. Contact us here to guide you processing the permits.

The often quoted paradox of permitting in Egypt is that nothing is legal, yet everything is possible once you contact us for an expert help. As such, a crafty approach from a well-connected fixer and producer is essential to save on costs and carve the best path through the bureaucratic Egyptian permitting process. Please feel free to contact us for permitting questions on specific locations.

On top of the above you will need to cover accommodation, visa and work permits, transport and others for a successful shoot as shown below;

You will need to purchase the tourist visa or a business visa for entry in Egypt. Many film crews prefer obtaining their visas before they come to Egypt however Nationals from most western countries can get a visa on arrival which is valid for stays of up to 30 days. There is no special work permit required to film in Egypt. Proof of yellow fever vaccination and a COVID-19 free certificate may be asked if arriving from affected countries. Visa, work permit and other entry and exit conditions such as customs and quarantine regulations can change regularly. We advise you contact your local Egyptian Embassy or diplomatic mission or us here for the latest travel information to Egypt.

We will help you organize transport for film crews to film in Egypt depending on your interest, budget and the nature of roads in such selected locations to film. We recommend Customized 4×4 Land Cruisers. For us to estimate how much it will cost in terms of fuel, we will need to look at your filming schedule to establish mileage and distance to be travelled. Contact us here

Egypt is not an ATA carnet member country. You will need to have a permit to bring film equipment into Egypt so allow at least a month for processing this permit. Our Egyptian service producer/fixer handles safe import and export of your gear. All the standard camera, grip and lighting equipment is available locally including Motion Control and Techno crane Contact us here if you are interested in hiring filming equipment in Egypt.

Fixers in Egypt to help you with your shoot

All our vehicles come with drivers who act as location fixers and most of them have been to almost all parts of Egypt and are thus conversant with the local situations and are able to provide relevant information and fix any situation on ground. These work as intermediaries between you and our office while on location.

Where to stay during filming in the pyramids

Lodge options to stay in during filming in this place range from Budget, mid-range to luxury options. These include Madi hotel, and best view pyramids hotel. You will choose what to stay in depending on your interests and budget. Contact us here for reservation and booking details.

What is the best time to film in Egypt?

Filming in Egypt is done throughout the year and the best time is from February to April and September to November.

Film Crew Fixers is a local fixer company in East Africa. We assist filming companies and Production agencies in countries located in the horn of Africa including Egypt. We handle all fixer services required with our professional team of local fixers and driver guides. We have all relevant connections with other service providers and government agencies in Egypt to make sure that accreditation and filming permits for filming in Egypt are processed in the shortest time possible. Contact us for details and all relevant information you would like to know for successful filming in Egypt.