Filming in Malawi National Parks and Reserves. National parks and reserves are prime destinations for those interested in filming wildlife. Fortunately, Malawi as a country has a good number of them and they include the following.

Nyika national park is located in the northern part of Malawi on the Nyika plateau. It is the largest park of Malawi covering an area of 1250 sq. miles. The name Nyika of the meaning where the water comes from. This park is best experienced by driving over the plateau. And for lovers of hiking and trekking, nyika plateau is well recommended. The park also harbors the Chisanga falls that are found where the north Rukuru river pours out on the plateau. The park is home to a number of wildlife and notable bird species all at your disposal for filming.

This is the second largest park after Nyika in terms of sq. miles. The park is located in the western part of central Malawi and is bordering Zambia. This park was established in 1970. The park has a number of rivers that flow through it namely the Lingadzi, the Dwangwa and The Lifupa which is a common spot for hippos. This park was heavily affected by poaching activities but nevertheless still has a fair number of wildlife.

Liwonde national park is located in southern Malawi. It was established in 1973 and it is the most popular park of Malawi. The park has river shire flowing through it and is covered with woodland vegetation. The park has a variety of wildlife to film. Most of the animals were relocated to this location from other parks   and over 400 bird species.

The national park is located in southern part of Malawi near Blantyre and covers an area of 350sq. miles. The park was established in 1928 as a game reserve that was supposed to protect mammals and later became a national park. This park is very popular for harboring the Nyala antelope and this is because the park is found in the lower shire valley which a natural habitat for the Nyala.

The park is located at the southern part of Lake Malawi. Lake Malawi is known to be one of the deepest lakes in the world. This park plays a big role in protecting the biodiversity of its fresh water fish. The lake has over 300 species of endemic cichlid fish species that are locally known as mbuna. The park is also has several sand beaches and rocky shorelines and islands that are in close proximity. This park is a very good place for those interested in filming diving and fishing series 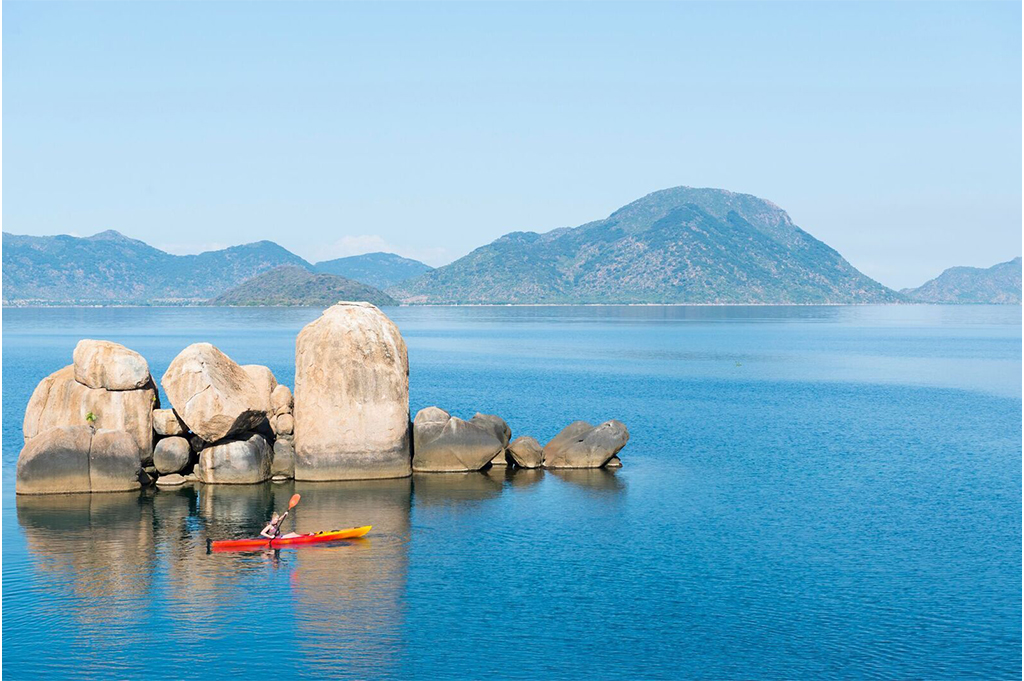 Nyala Park is located in Chikwawa District in the southern part of Malawi. The park is a private wildlife area that is situated with Nchalo sugar estate and visiting this park would require you to have permission from the land owner. The wildlife that can be filmed in this park includes the oribi, the wildebeest, the giraffe, the impala and the nyala. All these animals can be spotted easily in their woodlands habitant. This park can be visited in combination with a visit to Lengwe national park

Nkhota kota is the oldest reserve in Malawi. It is located in the eastern part of central Malawi and is in close proximity to Lake Malawi. It is also the largest reserve in the country covering an area of about 700 sq. miles. This reserve has a vegetation of miombo woodlands, tall grass and some areas of rain forests. These harbor wildlife and bird species. This reserve has a history of poaching and other human activities that had deteriorated it during 2012. However in 2015 the efforts of African parks were string enough to revitalize and rejuvenate it. Several animals were relocated to the reserve from other parks and right now making it a prime destination for wildlife.

Vwaza marsh is a national game reserve in Malawi located in the north west of mzuzu along the Zambian border making it part of the Malawi Zambia Transfrontier conservation area. The reserve has a low lying flat terrain with a vegetation of mopane and miombo woodlands. This reserve covers an area of 400 sq. miles providing enough space for its wildlife. This reserve also harbors Lake Kazuni which is a water source to the animals,

Ntchisi forest reserve is a protected reserve that covers about 75sqkm. This reserve has trees that grow up to 30 metres high and is one of the few remaining indigenous rainforests in Malawi. The reserve also has several trails that can be hiked in the hills surrounding the reserve. In addition to this, the community projects surrounding the reserve are also worthy of a visit and can also be filmed. While filming the forest, you will come across different monkey species, some antelopes and serval cats. The forest is a good birding haven with bird species like blue swallow, sharpe’s greenbul, penhams burstard, purple crested Turaco, livingstone’s Turaco, European white stock, great white pelican, grey heron, little egret and many others.

This is a community owned reserve that is located near Lake Malawi. The reserve was established in the 1990s as a cattle ranch for the government and later turned into a reserve in 2005. The park has a variety of habitats for the animals that range from miombo woodlands, wetlands, marshes and brachystegia. The money that is earned from the reserve is put to community use and invested in community projects.

Majete game reserve is located in southern Malawi. It was set up as a protected area in 1955 for wildlife. Just like the other wildlife areas of Malawi, the reserve also suffered from human activities ad poaching and many were killed and lost during late 1970 and later rejuvenated by the African parks organization. A number of animals were re-introduced staring with rhinos and elephants and other animals followed.

Mwabvi reserve is located in Nsange district in the southern part of Malawi and was established in 1953. This park is a great place for those interested in hiking. The park has mopane, and savannah vegetation and riverine areas. This park has fewer animals compared to other wildlife areas and it can be best explored on foot due to its inaccessibility by cars. While visiting this reserve, you are most likely to have an encounter with impalas, yellow baboon, vervet monkeys and greater kudus.