Gonarezhou National Park is located in the south eastern region of Zimbabwe. This massive park borders Transfrontier Park. The park is the second largest and is known as the place of the elephants for its big number of almost 11000 elephants that has grown due to the great effort of conservation happening in the park. In the past years, wildlife had decreased in big numbers due to heavy poaching, but there has been a great increase in populations over the last few years. Mozambique’s Limpopo National Park and South Africa’s Kruger National Park to make up an enormous wilderness area known as the Great Limpopo wilderness frontier

The wildlife in the park is in big numbers. The area is filled with a variety of species. The elephants, Buffaloes, hippos, zebra that are common.  The giraffe, wildebeest and hyenas. Rarely sighted animals include. Lions, leopards, cheetah and wild dogs. This park also has the variety of antelope species namely the sable antelope, the tiny suni and the nyala antelope. If you are interested in filming any of the above, Gonarezhou national park is one of the places to visit. 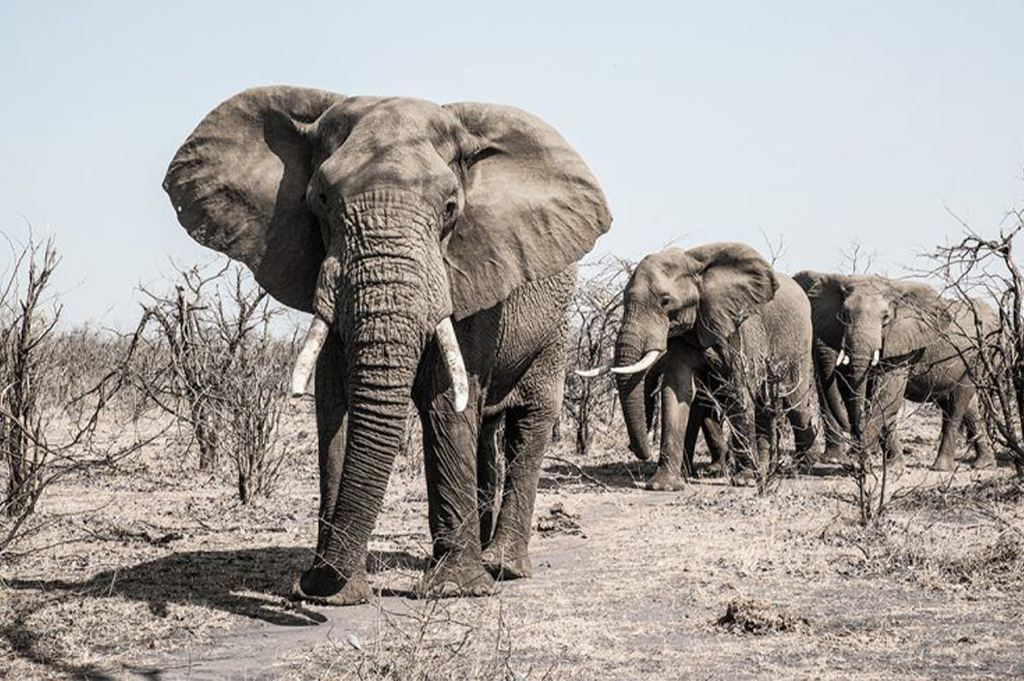 Gonarezhou national park has recorded over 400 bird species .this park supports wide range of birslife and some of the most notable birds in the area include African fish eagle, brown-headed parrot, lappe-faced vulture, martial eagle, Pel’s fishing owl. In addition to these are other common species namely, African pitta, bat hawk, narina trogon, yellow bill, mosque swallow and many more.

Scenery in the park

Gonarezhou national park is blessed with eye-catching scenary. It has a well-balanced mixture of woodlands, river Runde flowing through the land, flood plains and forests of mopane. Not forgetting the famous red sandstone chijolo cliffs that glows during the sunset giving you plenty to shoot and film while in this park

Requirements to film in Gonarezhou National Park in Zimbabwe Park

The best time to film in this park is during the dry seasons from May to October. The animals are easily spotted because the grass is thinned out. The wet season is not encouraged because of the difficulty in driving through the park during the season.

Where to stay when filming in Gonarezhou National Park in Zimbabwe

Accommodation options when filming in Gonarezhou national park in Zimbabwe. These range from budget, midrange and luxury. Your choice of accommodation depends on your interest and budget. Lodge options include Chilo gorge safari lodge, chengeta safari lodge, dumela wilderness safaris and many others .contact us for help with reservation and more information on accommodation.

Film crew fixers organizes transportation for film crews to film in Gonarezhou national park. Depending on their interest and Budget and the nature of roads to the destination. We organize both road and air transport for film crews. We recommend customized 4×4 safari land cruisers for vehicles because of the nature of roads in Zimbabwe. These land cruisers cost USD200-250 per vehicle per day. Fuel is estimated on the number of days that are scheduled by the filming schedule. We will need to look at it for establishing the mileage and distance to be traveled.

Film crew fixers is a company based in Uganda that assists production agencies and filming companies in South and East African countries as a whole. We handle all fixer services required with our professional team of local fixers and driver guides. We have all the relevant connections with other service providers and government agencies to make sure that accreditation and filming permits are processed in a short time. Contact us for details and all relevant information you would like to know for successful filming in Gonarezhou national park in Zimbabwe.